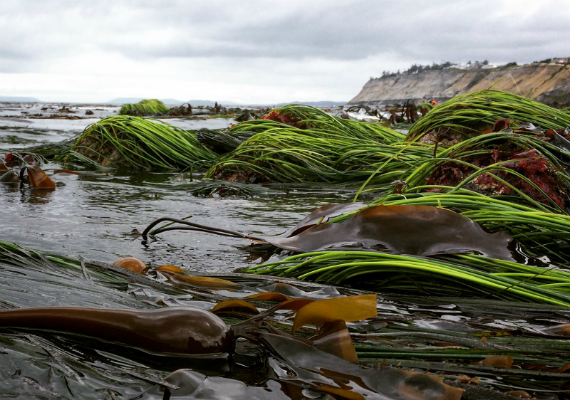 About the Aquatic Reserve 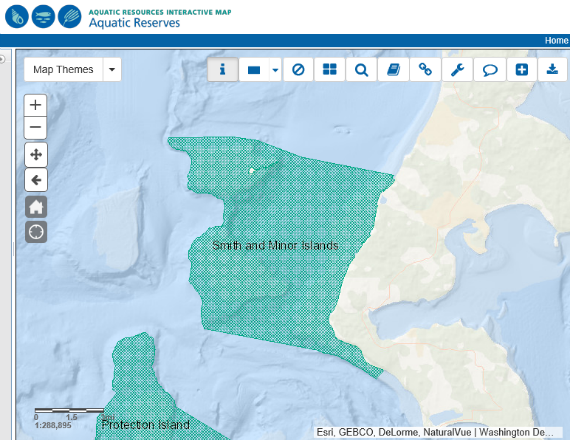 Click here or on the image above to launch the Aquatic Reserves Program Data Viewer.

The waters west of Smith Island are home to the largest persistent bull kelp bed in Washington State. Bull kelp is an annual plant that can grow up to 40 feet in a single season creating layered habitat resembling an underwater forest. Marine creatures, including tiny shrimp and young rockfish, use these areas for shelter, nursery habitat and feeding. Each year, stormy winter weather rips up kelp and tosses it ashore where it decomposes and provides food and shelter for beach-dwelling creatures like beach hoppers and kelp flies. The following spring, a new generation of bull kelp grows.
The exposed, sandy bluffs on the west side of Whidbey Island and Smith Island provide prime habitat for burrow-nesting birds like pigeon guillemots. As a National Wildlife Refuge with limited human disturbance, Smith Island is one of the most important nesting bird areas in Washington State for species such as glaucous-winged gulls, double-crested cormorants, tufted puffins and rhinoceros auklets. Harbor seals, elephant seals and Stellar sea lions use the beaches and sand bars of Smith and Minor Islands for resting and for pup rearing. The diverse habitats of the Aquatic Reserve serve as foraging and molting areas for the seabirds and marine mammals that depend on these isolated islands.