A geologic map is a special-purpose map made to show geologic features. Geologic maps show the types and ages of rocks and younger deposits that are found at or near the Earth’s surface. This fundamental tool for earth scientists, maps show map units, faults and folds, cross sections, and other regional or local features, depending on map scale. Map data is typically shown on a base map, which shows topography, water, and other landmarks.

ANATOMY OF A GEOLOGIC MAP

How are Geologic Maps Made?

Geologists use a variety of tools to make a geologic map. Although technology, access, and modern plate tectonic and other scientific theories have revolutionized the creation of geologic maps, the basic process of field mapping has changed little. Geologists look for outcrops. Outcrops allow direct observation and sampling of the bedrock or unconsolidated deposits. In the heavily forested and vegetated areas of western Washington, high-quality outcrops can be hard to locate. The best outcrops are typically found along creeks and rivers, where erosion has exposed the underlying strata or layers. Outcrops are also found along steep road cuts, cliffs, or other escarpments such as coastal bluffs, where the soil is thin or completely eroded away and large areas of the geologic map units are exposed.

By studying the geology exposed at many outcrops and then piecing together this geologic information, a geologic map is incrementally produced. The data and observations obtained from the various outcrops are supplemented by subsurface information gained by digging or boring (for example, using a geopick or backhoe), geophysical analyses (for example, gravity, magnetic, seismic data sources) and other data, such as water, geotechnical, or oil and gas well records.

Because there is so much vegetation west of the Cascades, finding outcrops sometimes requires a bit of creativity (and extra clothes).

How are Geologic Maps Used?

Virtually every Environmental Impact Statement (about 50 each year) begins with a geologic map. Without our maps, EIS originators would be required to generate their own information at significant cost. Stormwater runoff mitigation may be based on geologic mapping by identifying permeable rock into which storm water can be drained, thus preventing frequent flooding.

Our job as the state geological survey is to produce maps that cover large areas of the state at various scales. We compile mapping done by others and add our own mapping to complete the coverage. New geologic maps are sometimes needed in areas already mapped because older maps did not benefit from important new insights and technologies. The Survey is constantly working on new geologic maps to provide up-to-date geologic information to the public.

Hover your mouse on the images below to locate specific maps. Clicking on the highlighted polygons will download the maps.

Geologic Maps of Other Scales and Other Geologic Data 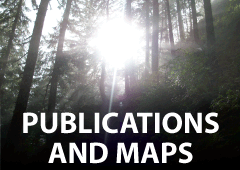 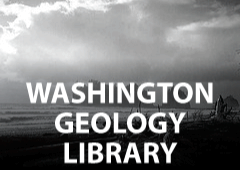 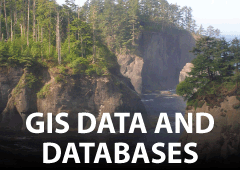