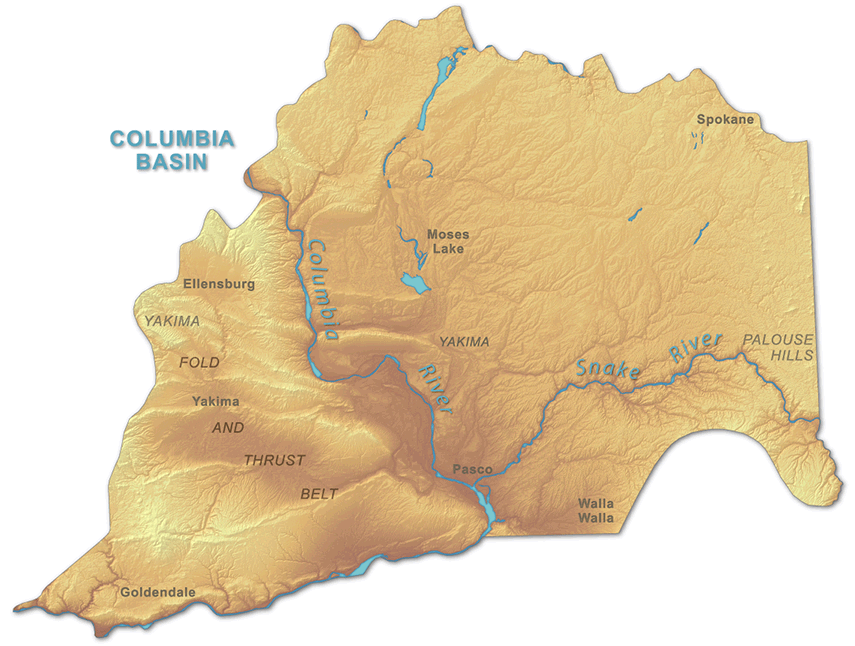 The Columbia Basin Province occupies the entire south-central portion of the state. It is a wide, arid lowland area between the Okanogan Highlands, the southern Cascade Range, the Idaho Rockies, and continues on through much of eastern Oregon and northern Nevada.

The area is characterized by steep river canyons, extensive plateaus, and in places, tall and sinuous ridges. The region is overlain with loess blown in by the wind and deposits from cataclysmic glacial floods, underlain by thousands of feet of Columbia River Basalt Group lava flows. These flows and most of the sediment above are deformed by the regional Yakima fold and thrust belt. 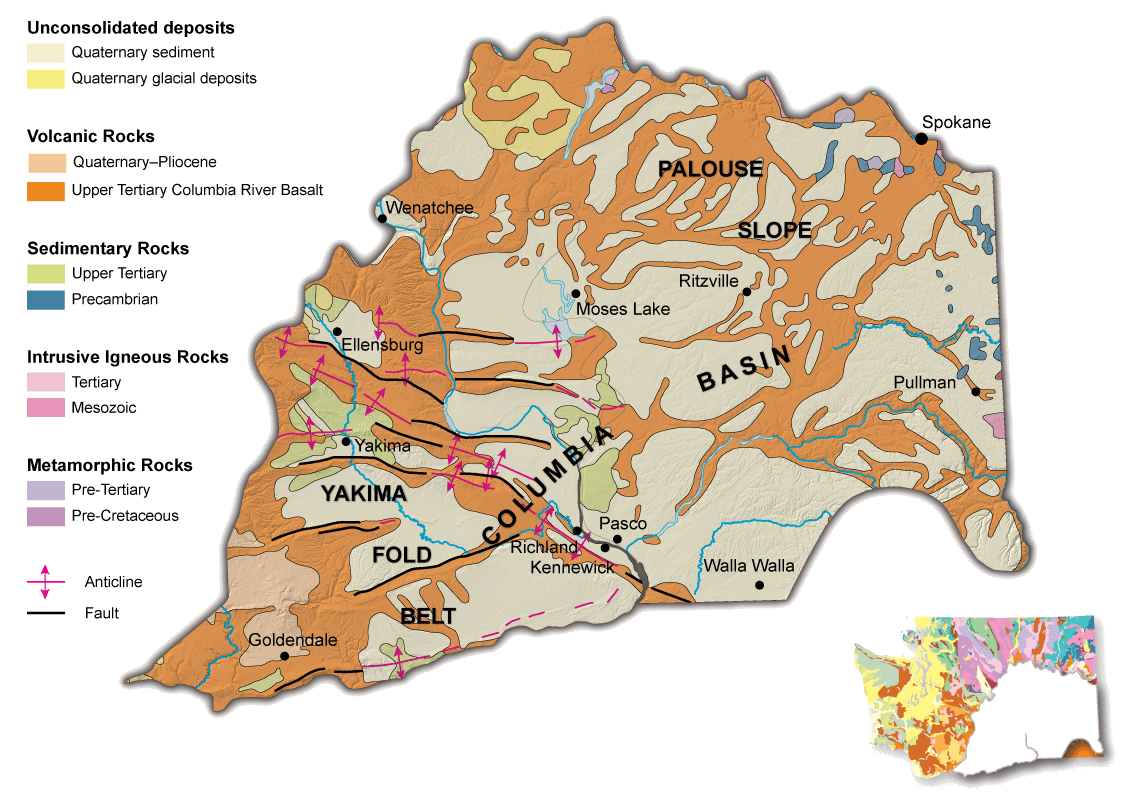