Washington has five volcanoes that are listed as high or very high threat potential: Mount Baker, Glacier Peak, Mount Rainier, Mount St. Helens, and Mount Adams. These volcanoes are part of the Cascade Range, a 1,200-mile line of volcanoes from British Columbia to northern California.

Many volcanoes in Washington are active and have had recent eruptions. Volcanoes do not erupt at regular intervals, so it is difficult to know exactly when or where the next eruption will happen.

Many hazards come with living near volcanoes. Volcanic eruptions can send ash and volcanic debris into the air. Heat from the volcano can melt snow or ice and cause dangerous mudflows and debris flows called lahars. Molten rock called lava can erupt and flow downhill, destroying everything in its path.

How dangerous are the Northwest's volcanoes? Video by Oregon Public Broadcasting.

Volcanoes are also beautiful mountains that many people visit each year for recreation. Volcanoes are the most visual result of plate tectonics and are one of the few places on Earth where molten rock can reach the surface. There are even old volcanoes on other planets, such as Venus and Mars.

Click below to learn more about volcanoes, their hazards, who is at risk, and how to prepare for an emergency. 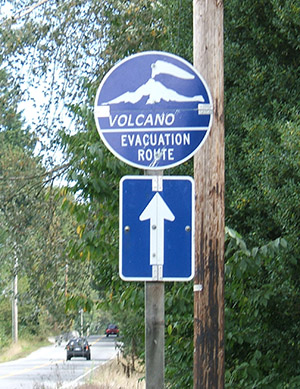 Be informed. Make a plan. Build a kit. Educate and protect your family, neighbors, and friends. 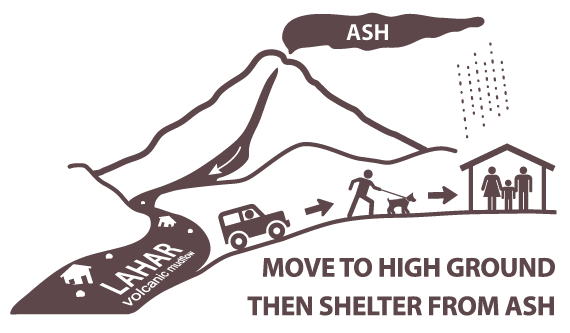 If There is Ashfall...

Click on the volcano icons below to find lots more online resources to inform you about emergency preparedness, volcanic hazards, emergency notification systems, and evacuation plans.

The Survey works to increase public and scientific understanding of volcanic hazards in our state through efforts such as this website, field guides, and other public outreach. We work closely with the Washington Emergency Management Division, the U.S. Geological Survey, and local counties to develop and publish educational material and information about evacuation.

Check out our Field Trip Guides for Mount Rainier and Mount St. Helens

Assist during times of emergency

The Survey is the lead science agency for the State during times of geologic emergency. During these times we assist other emergency planners and responders, such as the Washington Emergency Management Division, in making geologically sound decisions.

We have created a new booklet about volcanic hazards in Washington. Learn about lahars, how to stay safe from ashfall, and how to get information in case of an eruption. See what items you might need in your emergency kit. You can download the booklet by clicking on the image below. 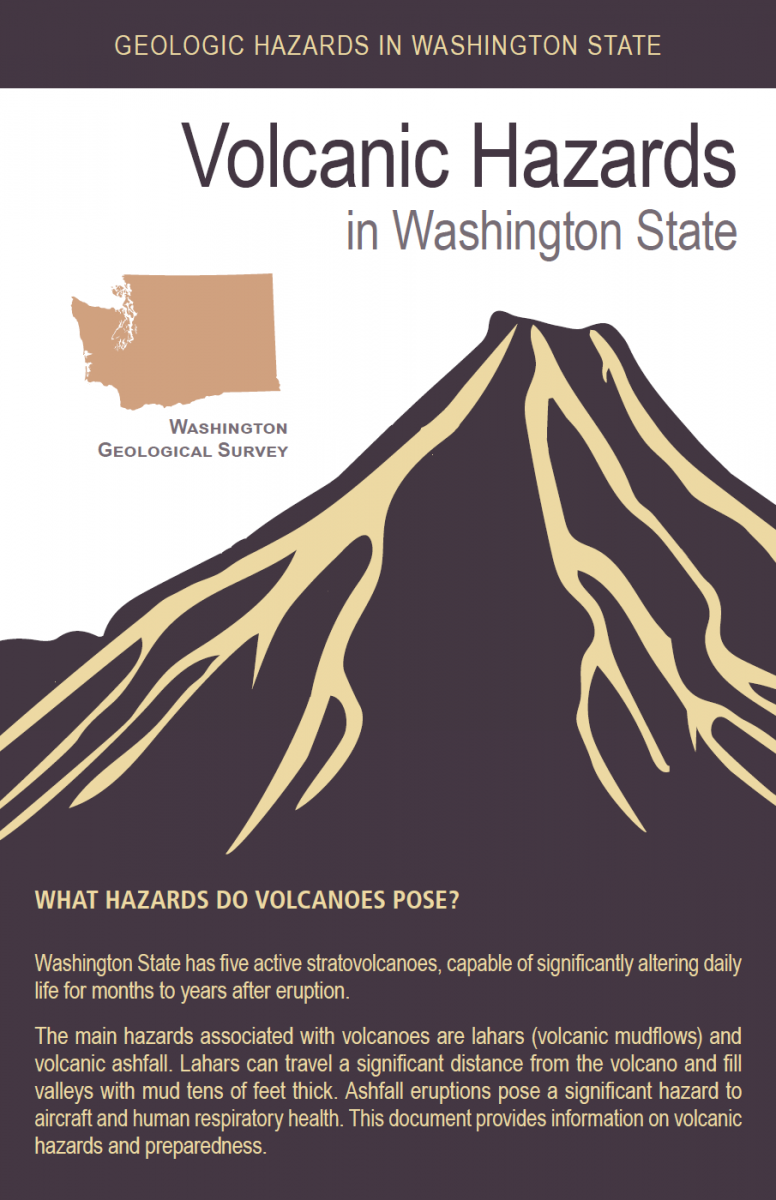 In cooperation with the U.S. Geological Survey and several Emergency Management Departments from local counties, we have developed a series of posters to promote awareness of the hazards posed by the five active stratovolcanoes.

In cooperation with the U.S. Geological Survey and several Emergency Management Departments from the state and local counties, DNR has recently developed interpretive signs that inform the public of the hazards posed by Mount Rainier, Glacier Peak, and Mount Baker. These signs are already on display in several local communities surrounding the volcanoes!

Check out the Volcano Interactive Web Guide below, intended for middle schoolers but appropriate for all ages. This web guide will introduce you to the volcano content on the WGS website.

All about volcanoes, by SciShow Kids