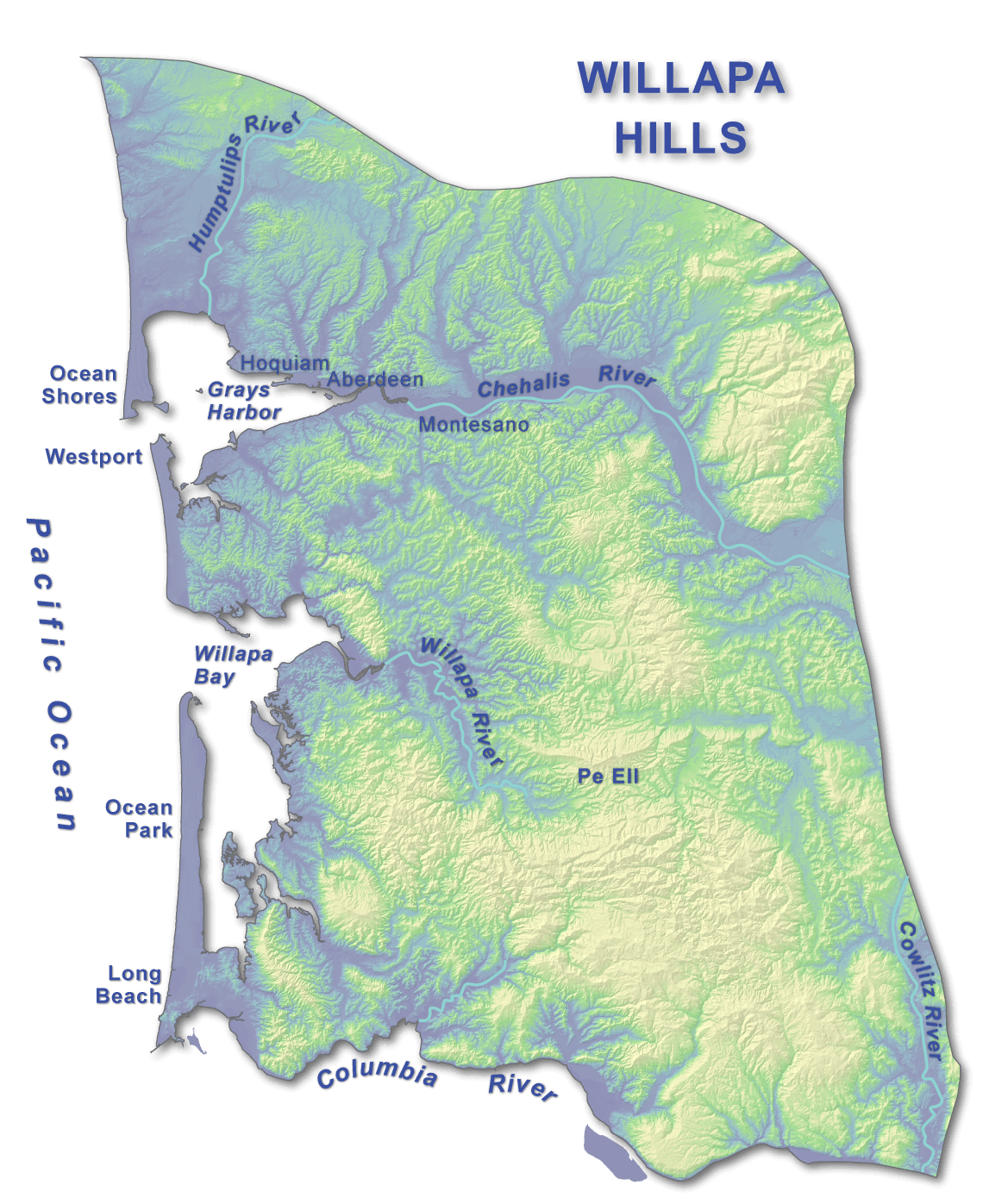 The Willapa Hills rise to 3,110 feet above sea level and are part of the Coast Range. They are bounded by the Olympic Mountains to the north and the Columbia River to the south. The Willapa Hills province includes the Black Hills, Doty Hills, and the adjacent broad valleys that open up to the Pacific Ocean. Barrier beaches characterize the low-lying coastline. Major estuaries include Grays Harbor and Willapa Bay. The hills have a rounded topography due to extensive weathering. 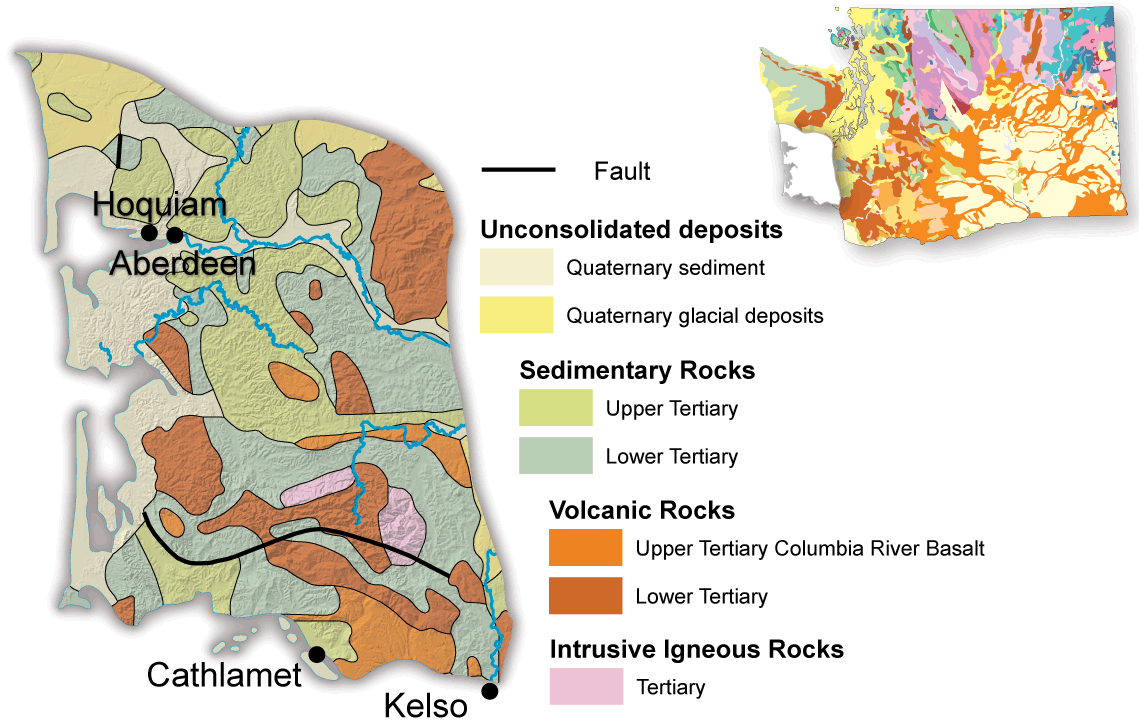 There are several potential geologic hazards associated with the Willapa Hills area. The most significant of these are earthquakes, tsunamis and landslides.

Coastal communities are at risk of significant earthquake damage and tsunami inundation from a large-magnitude Cascadia subduction zone earthquake.

Japanese historical records and regional tribal accounts suggest that a great earthquake occurred along the subduction zone in 1700. Brian F. Atwater (1987) of the U.S. Geological Survey further demonstrated that, during the Holocene, estuaries along the coast show evidence of repeated episodes of sudden submergence, killing cedar forests in the process. This downdropping has been attributed to great subduction-type earthquakes. Radiocarbon dating techniques have been used to develop a chronology for these events. Yamaguchi, Woodhouse, and Reid (1989) showed that the last major coastal subsidence event took place around the year A.D. 1670 when coastal trees were partially submerged in brackish Pacific Ocean water and died rapidly. More than 60 miles of coastline was affected by this event, corresponding to an earthquake registering at least a magnitude 8.0 on the Richter scale, based on analogues such as the earthquakes from Chile (1960) and Alaska (1964).

Recent estimates indicate that another great earthquake has a 10 to 14 percent chance of occurring within the next 50 years. For more information, visit Faults and Earthquakes and Tsunamis.

Landslide hazards are a recognized problem in the Willapa Hills since the 1960s. Landslide activity in this region generally correlates with precipitation. This is most evident following the wet year of 1996, where numerous landslide complexes were reactivated by high groundwater. In February of 1998, a deep-seated earth flow reactivated in the Aldercrest neighborhood of Kelso. This slide ultimately destroyed or condemned 138 homes. This event represents the 3rd most devastating landslide in Washington State.

Large scarp within the Aldercrest landslide. Note the back-tilted trees below the scarp with the remains of houses. Photo credit: Karl Wegmann.

Except for sand, gravel, and rocks, there are no mineral resources being exploited from the Willapa Hills. On the coast, near Ocean Shores, the state's most productive petroleum well was drilled in 1957. It produced 12,000 barrels of crude oil from Eocene Ozette melange rocks. Offshore bars, in particular at the mouth of the Columbia River, contain ilmenite-rich sands.