Earthquakes occur nearly every day in Washington. Most are too small to be felt or cause damage. Large earthquakes are less common but can cause significant damage to the things we count on in everyday life, such as buildings, roads, bridges, dams, and utilities.

Washington has the second highest risk in the U.S. of these large and damaging earthquakes because of its geologic setting. Read more below to learn about how and where earthquakes occur, what to do before, during, and after an earthquake, and what scientists are doing to learn more about them.

The Survey has developed several types of hazard maps for different types of earthquake- and fault-related hazards:

The maps are used by state and local governments to develop and update hazard-mitigation and response plans, and to mark geologically hazardous areas.

Find and learn about faults

The Survey conducts and publishes geologic mapping to identify and characterize faults throughout the state. The publication Faults and Earthquakes in Washington State is a state-wide compilation of active faults and folds. Each year we map additional areas and learn more about existing faults and (or) discover new ones.

Communicate earthquake hazards to the public

The Survey works to increase public and scientific understanding of fault and earthquake hazards in our state. We work closely with the Washington Emergency Management Division, the Washington Seismic Safety Committee, and the Federal Emergency Management Agency to ensure that the best-available science is used in the development of hazard mitigation plans. In addition, the Survey performs seismic safety evaluations of schools.

The Survey is working with the Office of the Superintendent of Public Instruction (OSPI) and Reid Middleton, an engineering firm, to perform seismic safety assessments of 220 school buildings across the state. Visit our School Seismic Safety page for more information.

WHAT TO DO BEFORE, DURING, AND AFTER AN EARTHQUAKE

Large earthquakes are likely to happen in Washington during your lifetime. Most of the populated areas of the state have a 40–80% chance of having an earthquake in the next 50 years. The most important thing you can do before the next earthquake is to prepare. An earthquake can be a scary event. The more you know what to expect, the better prepared you will be to help yourself, your family, and others around you.

WHAT ARE FAULTS AND EARTHQUAKES?

HOW EARTHQUAKES CAUSE DAMAGE

Earthquakes cause damage by moving and shaking the ground, sometimes for several minutes. The shaking can damage or destroy buildings and other infrastructure. Most damage and loss of life in earthquakes is a result of ground shaking. The shaking can also cause landslides, surface ruptures, ground cracks, liquefaction, tsunamis, and seiches (standing waves). The combination of all of these effects is what makes earthquakes such a powerful geologic hazard. Do you know what to do if there is an earthquake?

Since about 1870 there have been about 15 large earthquakes (greater than M5) in the state.

Before modern record keeping, Native Americans lived in the Pacific Northwest for thousands of years. Story telling is an important part of the Native tradition and is how their history is passed down to the next generation. Within this rich oral history there are many references to events like earthquakes and tsunamis.

Scientists have used the stories from tribes along the entire Pacific Northwest coast to learn that the last large earthquake on the Cascadia subduction zone was about AD 1700. This date was confirmed by records in Japan of an ‘orphan’ tsunami and by many lines of geologic evidence.

Stories from tribes near Seattle have also helped us to learn that the last earthquake on the Seattle fault was about AD 900–950. This earthquake caused parts of Restoration Point near on Bainbridge Island to be lifted 35 feet straight up. This movement created a tsunami in Puget Sound and triggered a large landslide into Lake Washington. When the landslide hit the water it may have created a tsunami. Radiocarbon dating and other paleoseismic methods have also confirmed this date.

Watch the video below to learn how you can be ready for the next earthquake. The video is also available in Spanish and there is a fun activity/coloring book that can be found here. 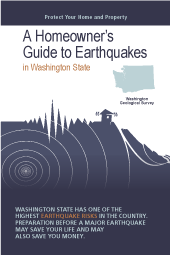 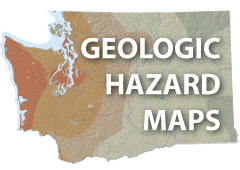