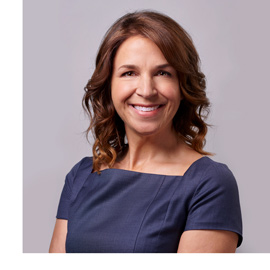 Commissioner of Public Lands Hilary Franz leads Washington state’s wildfire fighting force and manages nearly 6 million acres of public lands – from coastal waters and aquatic reserves, to working forests and farms, commercial developments, and unparalleled recreation areas.
Commissioner Franz is committed to ensuring our public lands are healthy and productive, both today and for future generations. She has led efforts to protect our communities and environment from the impacts of a changing climate, increased development, and wildfire.
Franz has also prioritized supporting local communities, both urban and rural. The lands she manages sustainably generate hundreds of millions of dollars for schools and public services, like libraries and hospitals. And she has allocated millions of dollars to spark economic opportunities in struggling rural communities. She knows that our working lands – and the communities that depend on them for family-wage jobs – are integral to our success as a state, and she is investing in their success.
Since taking office in 2017, Franz has:
Under Commissioner Franz’s leadership, DNR has built a robust clean-energy program to help combat the climate crisis and create clean energy jobs. For the first time in Washington state history, the agency has leased state trust lands for solar power projects. Franz has also expanded DNR’s wind power program, with wind turbines on state trust lands that can generate 200 megawatts of power, which raise millions to build public schools and universities.
Franz is a third-generation farmer and small forest landowner, and has three boys who she raised on a farm. She holds a bachelor’s degree from Smith College and a juris doctor from Northeastern University Law School.