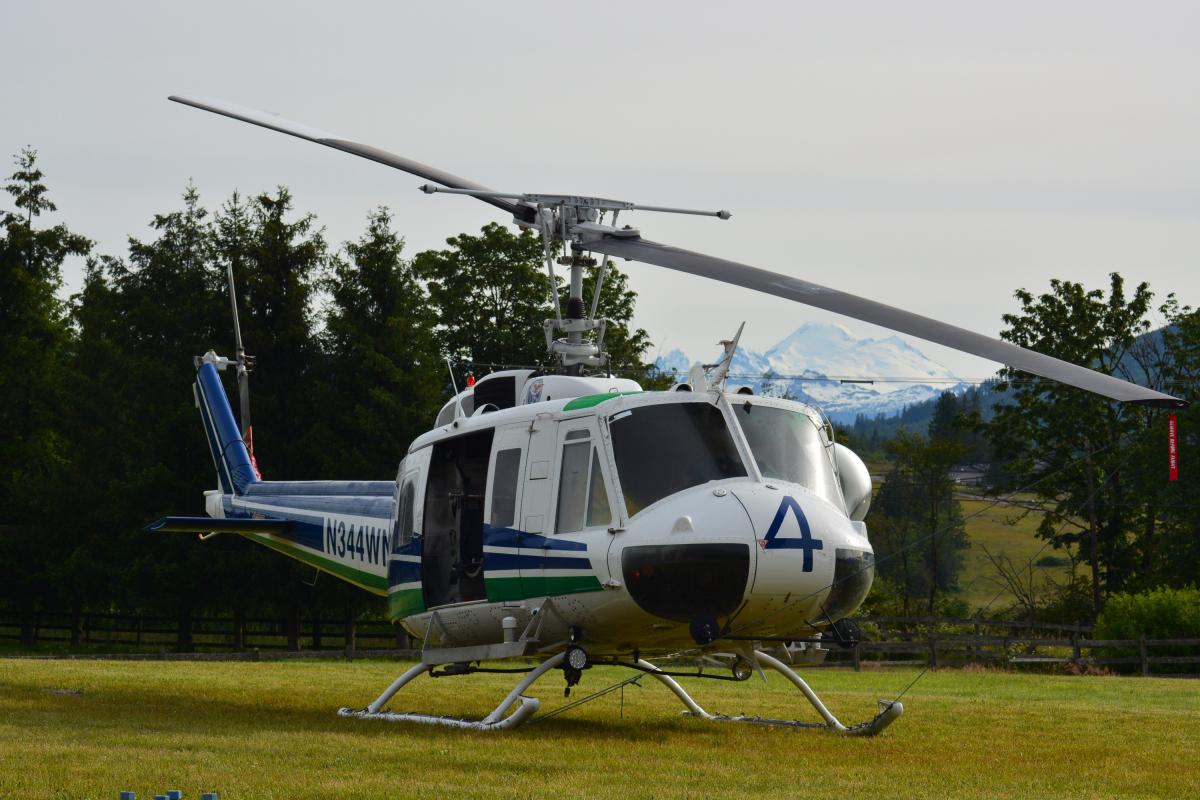 In spite of the wet spring that’s delaying severe wildfires across the state, the heart of Washington’s fire season is just around the corner. To stay prepared, the Department of Natural Resources (DNR) is once again staging an agency helicopter at Big Lake Fire Department for the summer starting June 21.
The benefits of having initial attack aerial firefighting assets in the northwest area of the state aids in rapid response and crew deployment, keeping fires as small as possible while better protecting life, resources, and property. Rapid response with these aerial assets is especially critical for access to those hard-to-reach locations, such as mountainous terrain and islands out in the Salish Sea.
The early season rainfall has spurred vegetation that will quickly dry out and easily catch fire as this season warms. We are already starting to see signs of drying out. This summer is still expected to be warmer and drier than normal, setting the stage for active fire danger.
In addition to the Big Lake helicopter, DNR has continued its annual prepositioning of other aircraft and equipment across the state in anticipation of an uptick in fire activity in the coming weeks, despite current light fire activity.
Drought outlook has shifted, meaning western Washington will completely rebound from any drought holdover impacts from last year. However, in eastern Washington, the outlook for July indicates persistent drought for the entire area.
Predictive services indicate the potential for above-normal significant fire potential in July for the central part of the state. This is not out of the ordinary, as July is when Washington’s fire season typically picks up.
Debris burning remains the highest cause of human-ignited fires for DNR. Recreation and ceremonial events are the second highest cause.
To track fire danger in Washington state, go to the burn restrictions webpage for specific information.
Fire Safety Tips
Some simple steps that can save lives, homes and landscapes include:
DNR’s wildfire mission
Administered by Commissioner of Public Lands Hilary Franz, DNR is responsible for preventing and fighting wildfires on 13 million acres of private, state and tribal-owned forestlands. DNR is the state’s largest fire department and participates in Washington's coordinated interagency approach to firefighting.
###
MEDIA CONTACTS
Thomas Kyle-Milward
Communications Manager
Cell: 360-529-7184
thomas.kyle-milward@dnr.wa.gov
Janet Pearce
Communications Manager
Cell: 360-688-3047
Janet.pearce@dnr.wa.gov